A Line Made by Walking

Art and sadness, which last forever.

Frankie, a 25 year old artist, seeks healing and comfort in rural Ireland. Living in her deceased grandmothers home, and trapped in the clutches of depression and anxiety, she struggles to find meaning and comfort in life. She reflects on her childhood, on how she couldn’t make urban life work, on being creative, on her poor mental health. Taking up photography again, she focuses on the natural world and turns to the catalogue of artworks in her head to try and make sense of her life. She begins a project of taking pictures of dead animals, and these photos are interspersed throughout the book.

This is a brilliant, lyrical book and I think it is even better than Baume’s prize-winning debut Spill Simmer Falter Wither. The references to artworks are woven brilliantly into the story, and there is a helpful index of all the works mentioned at the end. Frankie’s interpretations of the works are very interesting, and this way of testing her visual memory and linking her life to art works well in the book. At times this is a difficult read, so potent is Frankie’s pain and sense of being isolated and lost. It is a grim book, offering a searing insight into family relationships, what makes art, being an outsider and living with mental illness. Sara Baume is a brilliant new talent on the Irish literary scene, and this book is a work of art.

Many thanks to LoveReading for sending me a copy of this book to review! 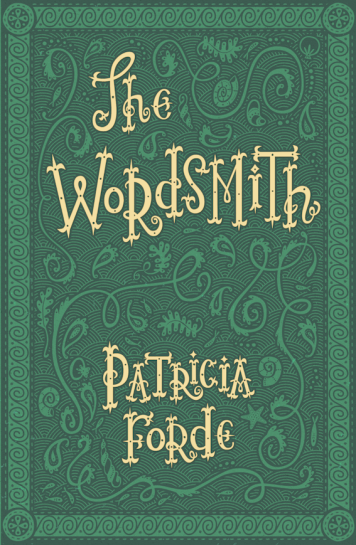 Letta is the wordsmith’s apprentice. She creates word cards for the people of Ark, and helps her master collect and archive words.In Ark, language is restricted to 500 words, known as List. This has been decreed by John Noa, leader of Ark, who believes that language led to the downfall of humankind and the Melting. When Letta’s master disappears, she must take over his work and the responsibility that comes with it. However, Letta soon comes to question the society she has always known, and its suppression of language and culture.

The Wordsmith is a gripping dystopian read that will make the reader think about the role and importance of language in their own life. How many words do we need to survive, to communicate fully? Why does language matter? Letta is a strong protagonist who grows throughout the novel, as a a result of her interactions with Marlo, a Desecrator. The Desecrators live outside Ark, using the old language, playing music, and keeping hope and culture alive. World building is a real strength of this novel, the society is richly crafted and vividly described. The narrative is compelling, building up to a dramatic conclusion. The ending leaves some questions unanswered, a sequel would be very welcome!

I love the cover – designed by Steve Simpson – and the use of word cards at the start of each chapter. It is a beautifully designed and written book, highly recommended for readers aged 11+

Adamsville, Alabama is a small town. Everyone knows each other, they have for years. Then, one sweltering summer’s day, Carolyn Lessing arrives in town. New, beautiful and talented, Carolyn enthralls everyone in Adams High. They look on her Facebook page, trying to find out as much as they can about her past. She is watched constantly, everyone is intrigued by this mysterious newcomer who suddenly makes it onto the Adams High Hot List. Rumours about her fly about the school. But soon the gossip takes a darker turn and Carolyn’s perfect facade begins to crack…

Told in the first person plural (we) Sarah Bannan’s debut novel is utterly compelling. The novel is told from the point of view of a group of girls hovering on the edge of the popular crowd, who watch Carolyn’s fall from popularity and her downward spiral into despair. The effect of the narration is chorus-like, and implicates the reader as one of those silent watchers. The novel is interspersed with texts, Facebook posts, letters and school reports showing both the role of social media in bullying and the attitude the school takes to the various incidents.

This is not an easy book to read, Bannan doesn’t pull back from showing the harshness of the bullying and the destructive impact it has on Carolyn. Bannan shows the pressure on all the girls in the book to keep up with the in-crowd and the gossip. But the attacks on Carolyn – from others and herself – are described in detail by the narrators, who are enthralled by the unfolding drama. There is a real sense of surveillance as Carolyn’s outfits are discussed, her actions filmed, photographed or discussed via text or Facebook.

Weightless is a chilling read, reminiscent of recent tragedies, that will make the reader question their own culpability as a bystander to bullying and that shows vividly the how bullying operates in the digital age. I think the UK cover is excellent – the little cursor on the girl’s face reflecting the role of social media in the book, and the image itself the pervasive pressure on Carolyn and the other girls to appear perfect. This book has crossover appeal, for both adult and YA audiences. Gripping, horrifying and unforgettable.