For Irish women like myself, one of the major problems with our country is our lack of reproductive rights. The Eighth Amendment of 1983 to the Irish Constitution or Bunreacht na hEireann equates right of life of a pregnant woman with that of an embryo or foetus. Thus abortion is criminalised in Ireland, forcing thousands of women to travel to England annually for a medical procedure that should be carried out safely and legally in their home country. That is, those who can afford to travel. Irish women still have abortions, but not safely or legally.

Today saw a huge turnout for the March4Repeal, in which over 10,000 people marched from the Garden of Remembrance to Leinster House (seat of the Dáil) carrying signs and chanting. Many wore black, in keeping with the Strike4Repeal campaign today in which women were encouraged to go on strike from work for the day.  The black and white Repeal jumpers were also a frequent sight around Dublin today, as well as being ubiquitous at the march itself. I took a day off work, and also took part in the March4Repeal. I have long worn a Repeal the 8th badge, and have written about the issue before but I felt it was time I took action, used my feet as well as my words.

The purpose of the march was to call for a referendum on the Eighth Amendment, to have it removed from the constitution. Chants of ‘Enda, Enda, where’s the referenda?’, ‘We won’t wait, repeal the eighth’ and ‘My body, my choice’ where called out enthusiastically by the large crowd. Polling suggestions that the majority of Irish people do not support the eighth amendment, and this was certainly evident today in the energy and size of the crowd. I knew it would be popular, but was stunned by the turnout and proud to be a part of it. There was a strong sense of solidarity, of shared outrage, of a drive for change. The speeches before we set off were powerful, I was particularly impressed by the speaker from Doctors for Choice who spoke about the need to ‘bring these women home’ and to have access to free, safe and legal abortion in Ireland and to have support and aftercare for women who choose to have abortions.

Taking part in the march was a great thing to do, but it was also daunting. I was worried about the crowds, I was worried about the reaction. Walking up O’Connell Street amidst a sea of people to get to the starting point, I felt claustrophobic, my back hurt from being tense. My coat was open to show my Repeal t-shirt (from HunReal Issues using the design from the Maser mural), and I wore an Artists Repeal the 8th badge on my lapel. Each Repeal jumper or white lightening strike was a reassuring sign of solidarity, and I decided anyone wearing black was also an ally. I was delighted to see a pro-choice dog sporting a black top with a white lightening bolt. When I got to the Garden of Remembrance I was delighted to see such a crowd of people but it was also overwhelming and I was anxious about finding my friend. I knew this was something I wanted to do, even though it was a bit scary, and being with someone definitely helped.

The March4Repeal was an emotional experience.  There was the buzz of being part of this movement and of seeing it so well supported, but also the anger that we have to fight to make our own choices about our own bodies, and the sadness about the recent discovery of the horrendous abuses at Tuam. The march was a powerful demonstration, and one which I hope will be heard by our government.

I wholeheartedly hope this is the last Repeal march we need to have, but glad to have been part of it and to have marched for change. So this International Women’s Day…we can’t be equal until we have control of our own bodies. We won’t wait, repeal the 8th. 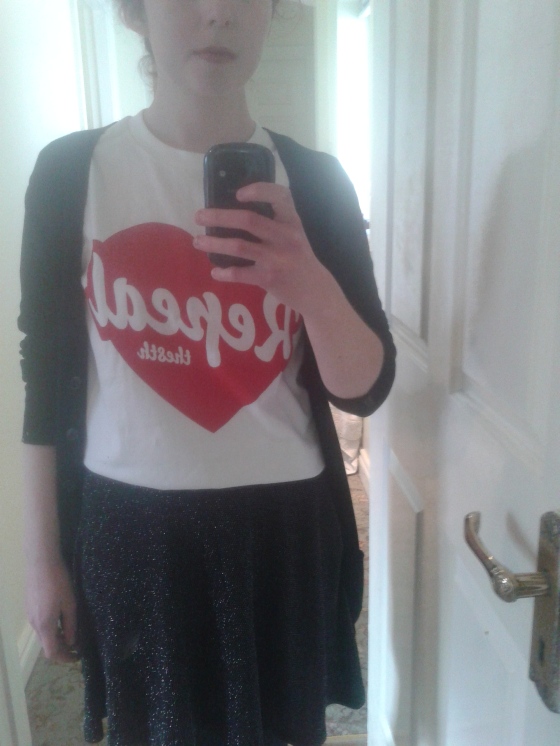